In this integral project of furniture and lighting, the predominant white in the walls was the starting point and in particular the personality provided by the hydraulic tiles present in all this small-sized dwelling in the heart of Barcelona's Eixample. This has been the pattern of colours from which the whole proposal started.

With such a neutral container and taking advantage of the sensation of space given by high ceilings, a controlled palette of colours was developed on that revolved around the tones of the hydraulic one. Thus, we gave continuity to the different spaces and generated a welcoming atmosphere.

The proposal was completed with decorative lighting, so that each family use can be independent and the different lamps can be combined according to the situation. The possibility of also proposing decorative elements reinforced the aesthetic and chromatic unity of the proposal.

A good example of how a finished space can give a great result with the appropriate selection of pieces proposed in a unitary project. 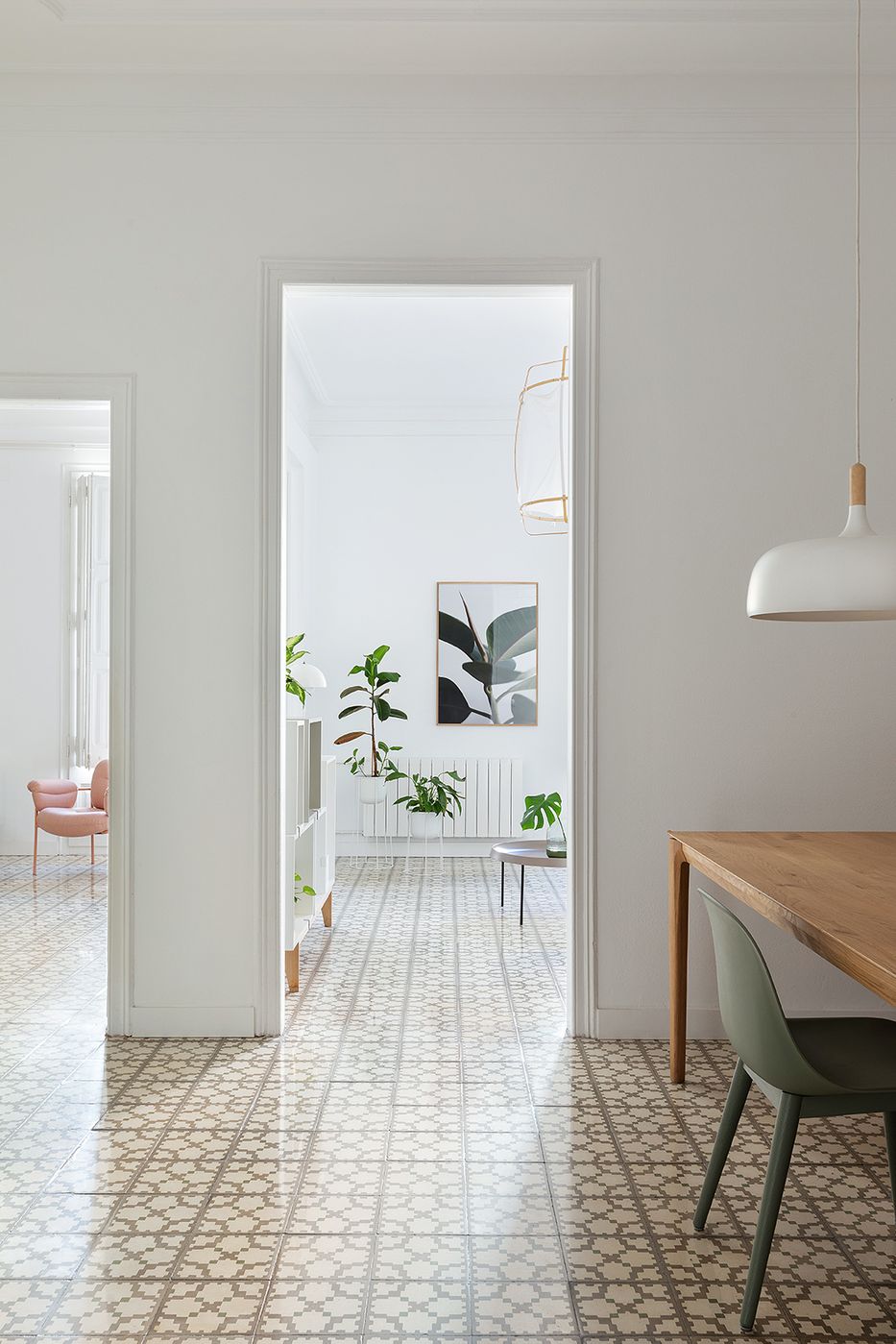 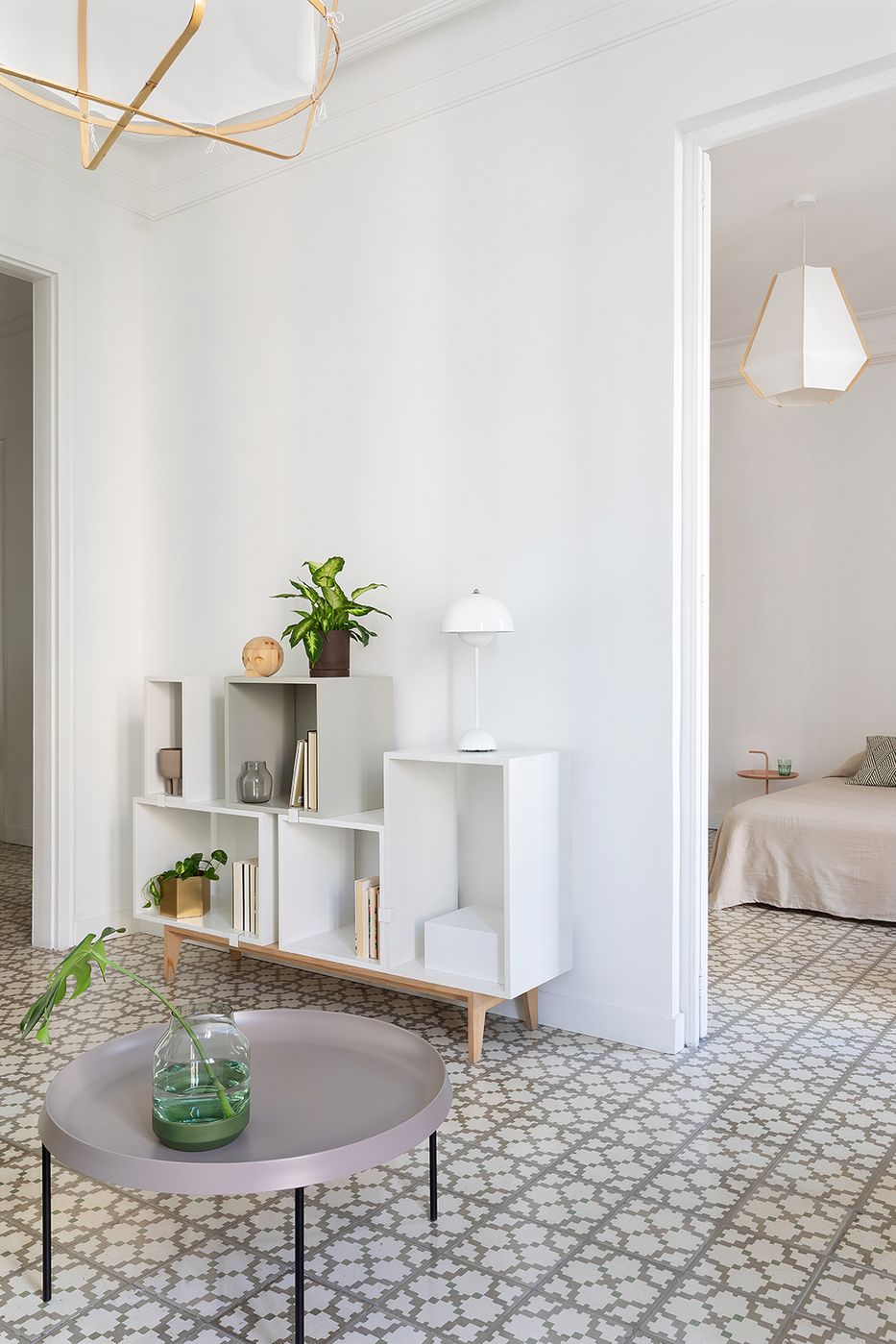 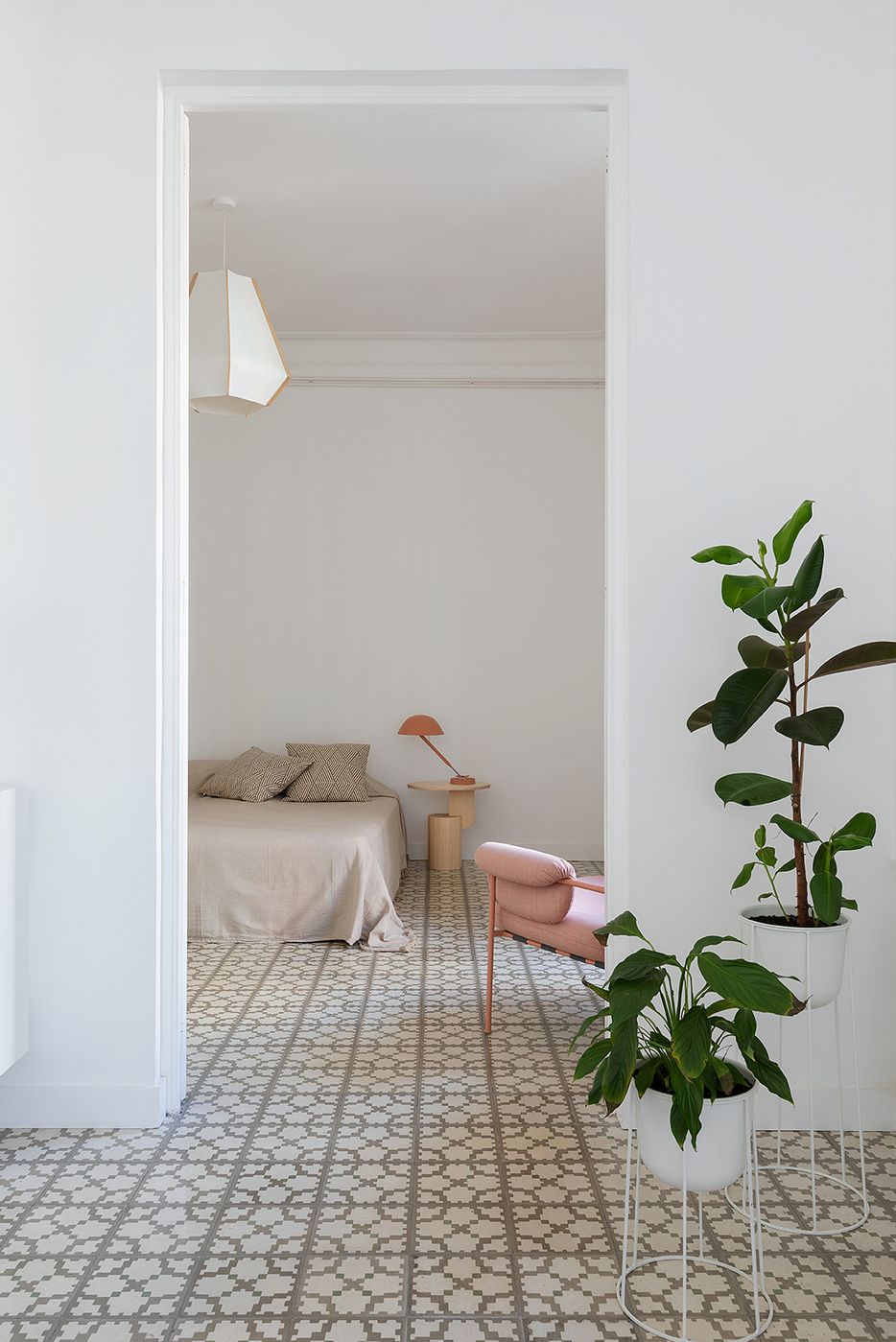 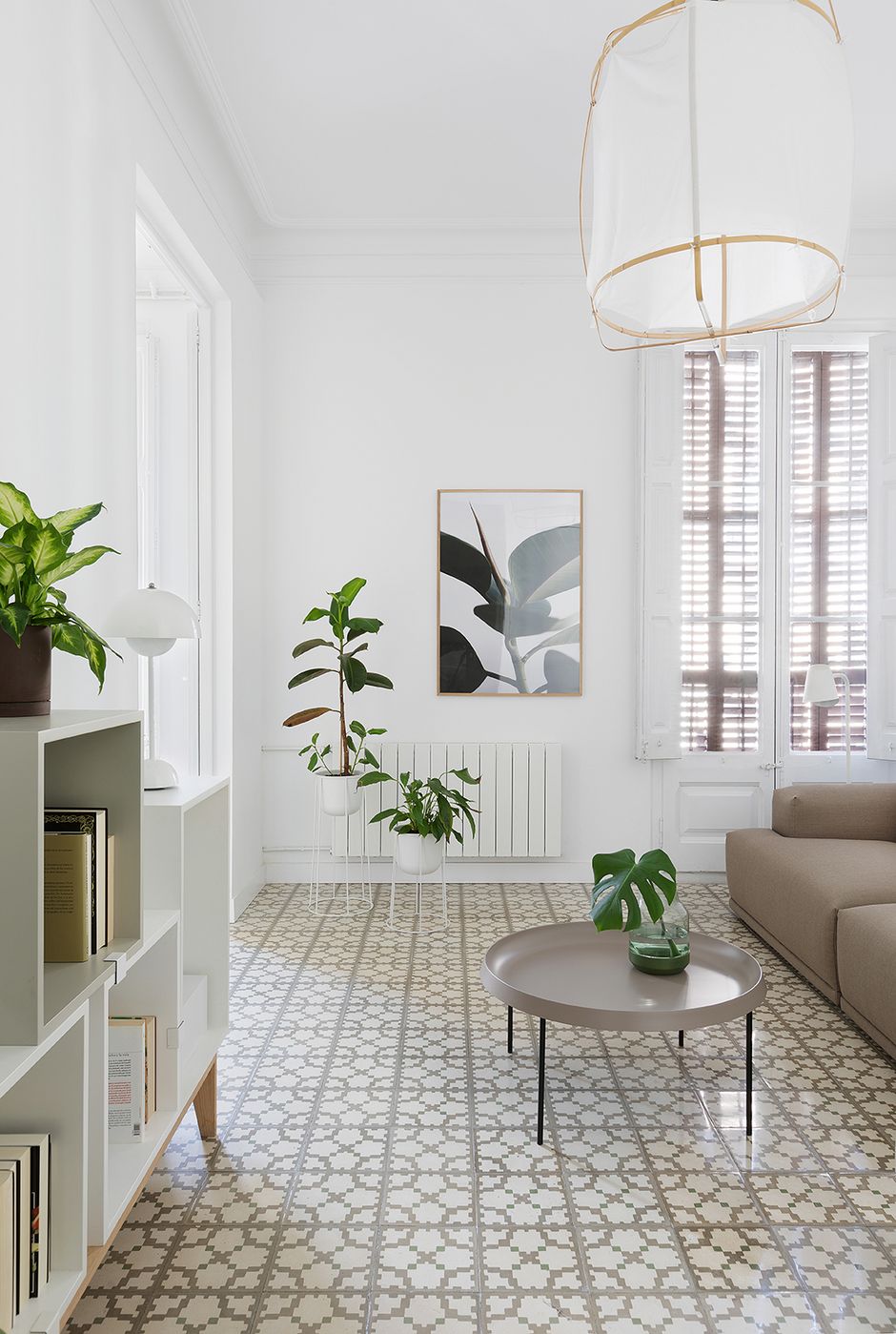 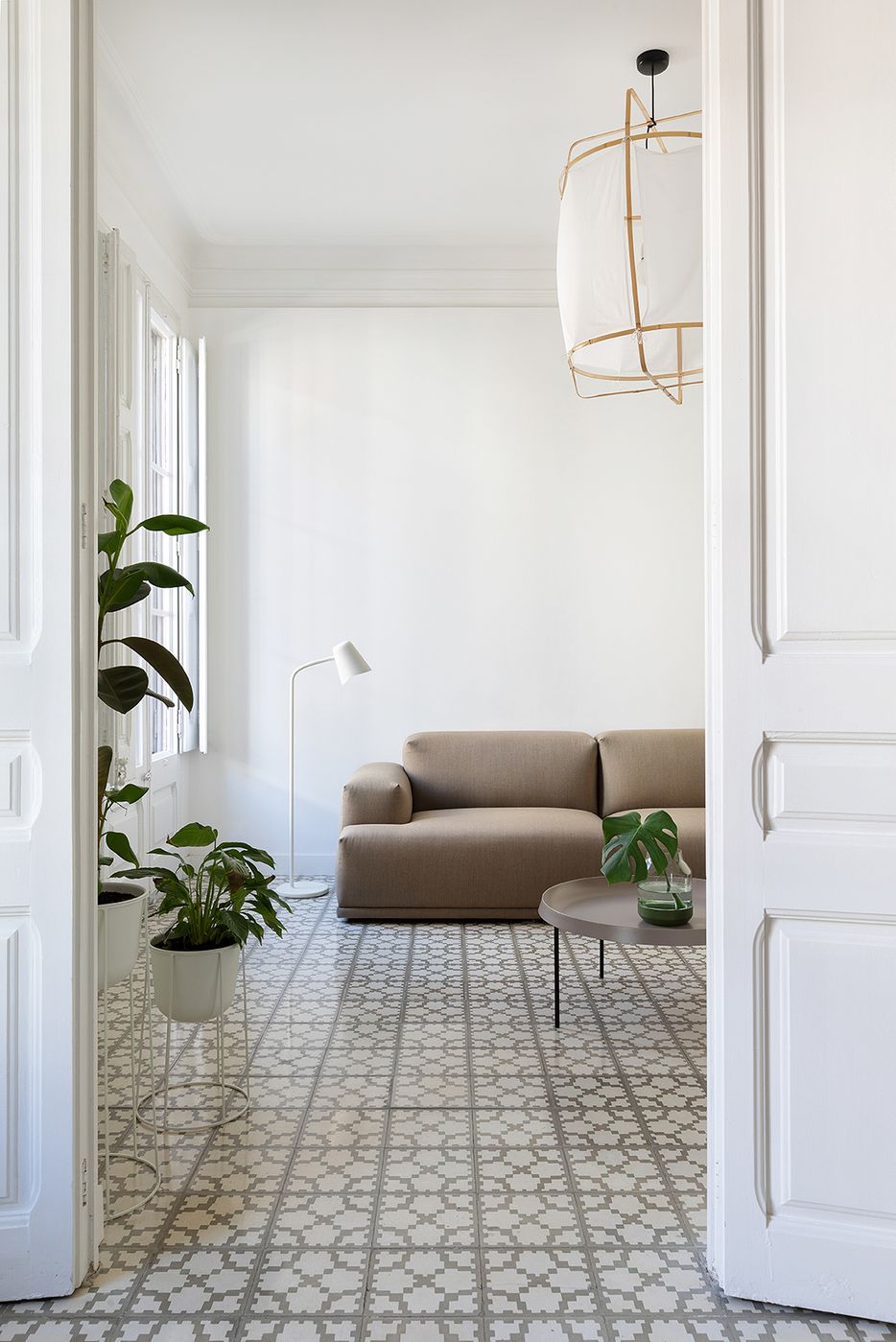 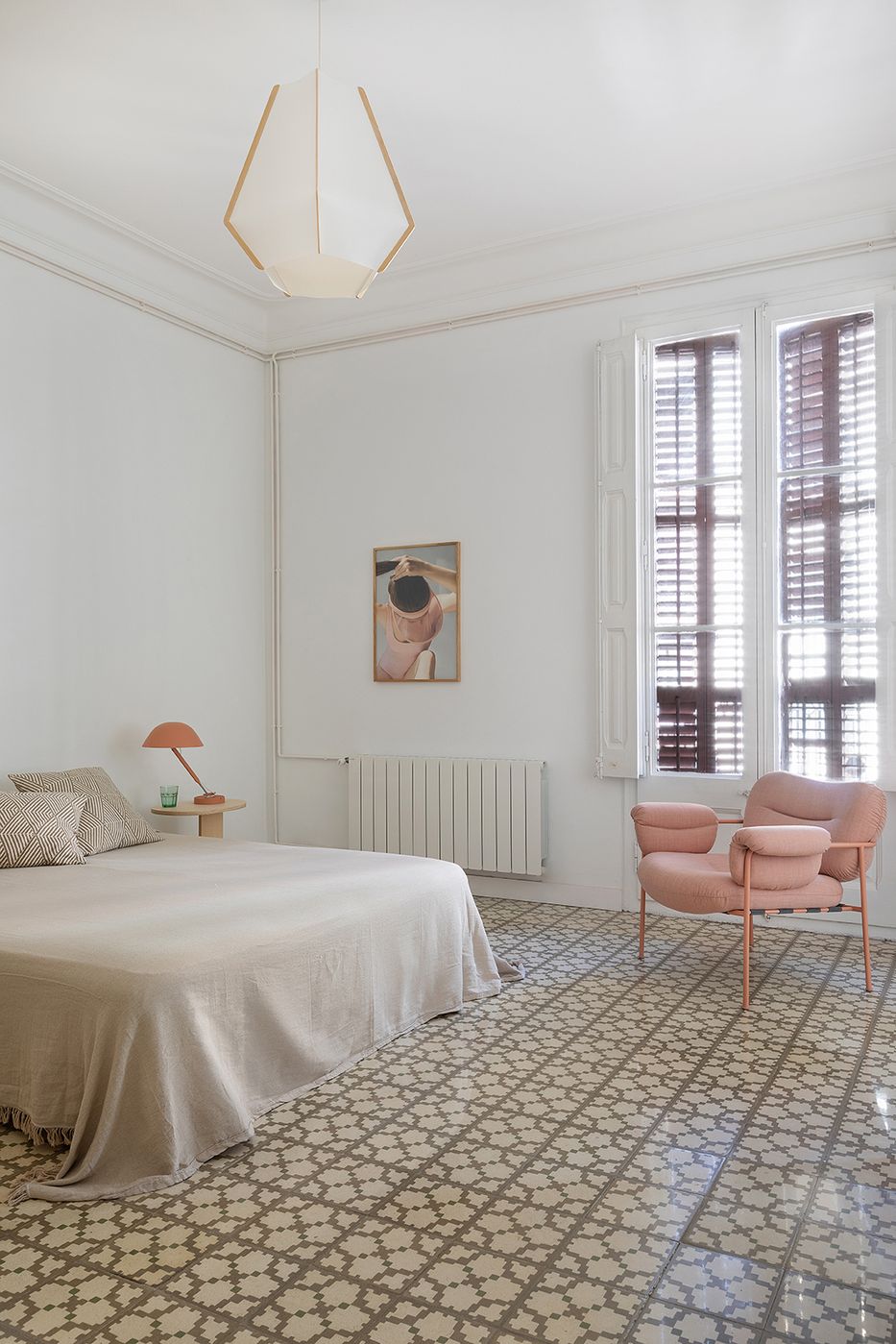 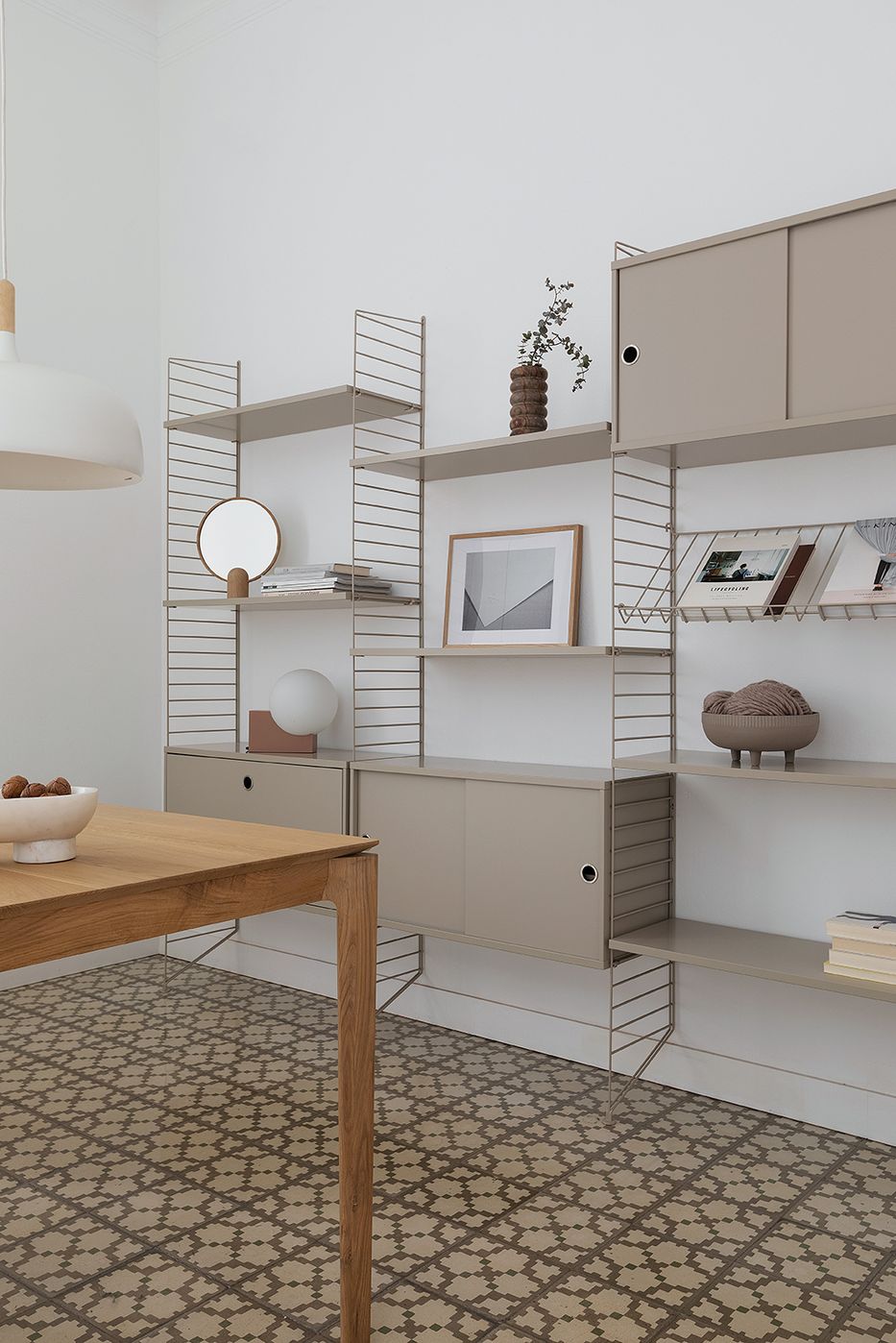 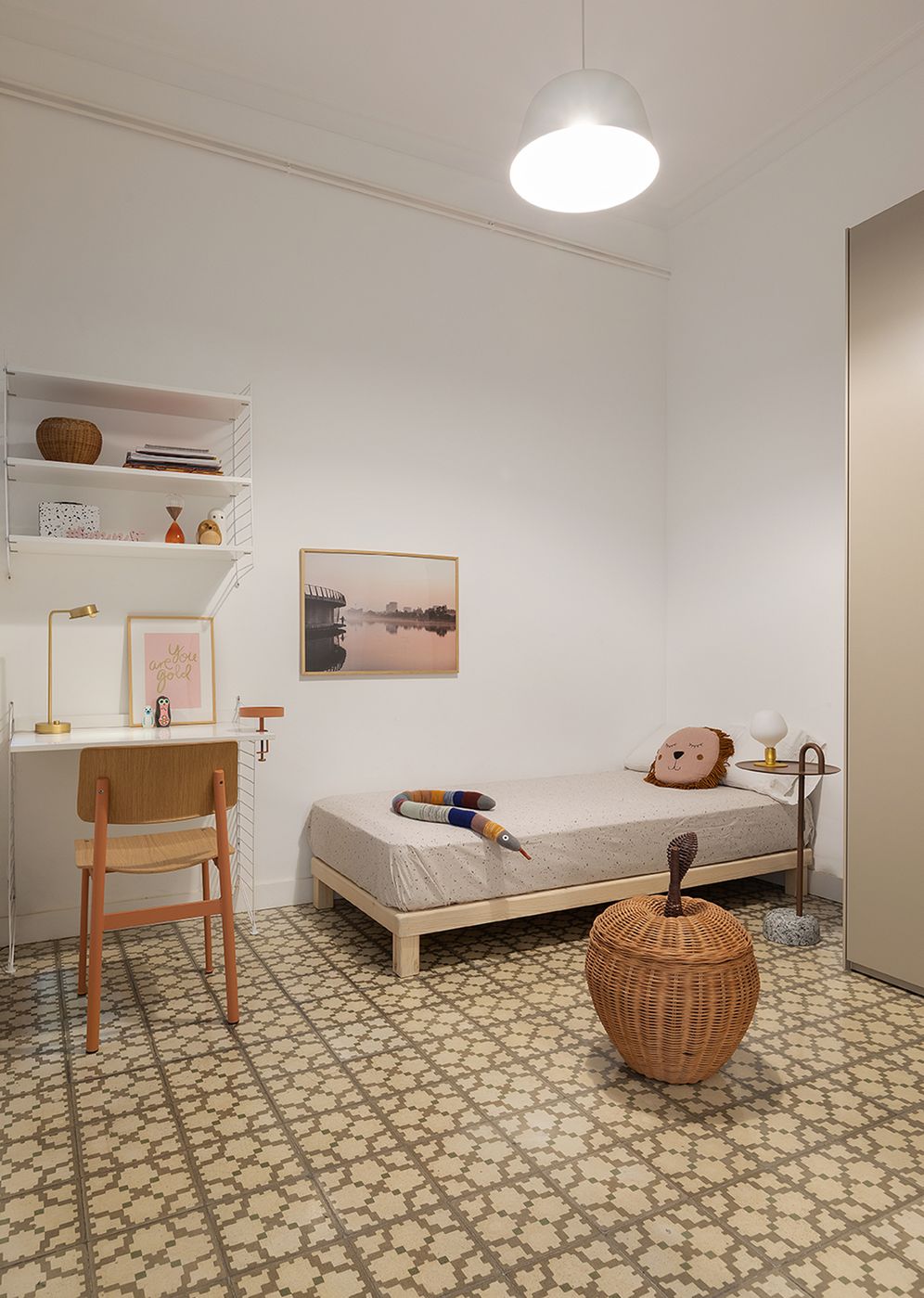 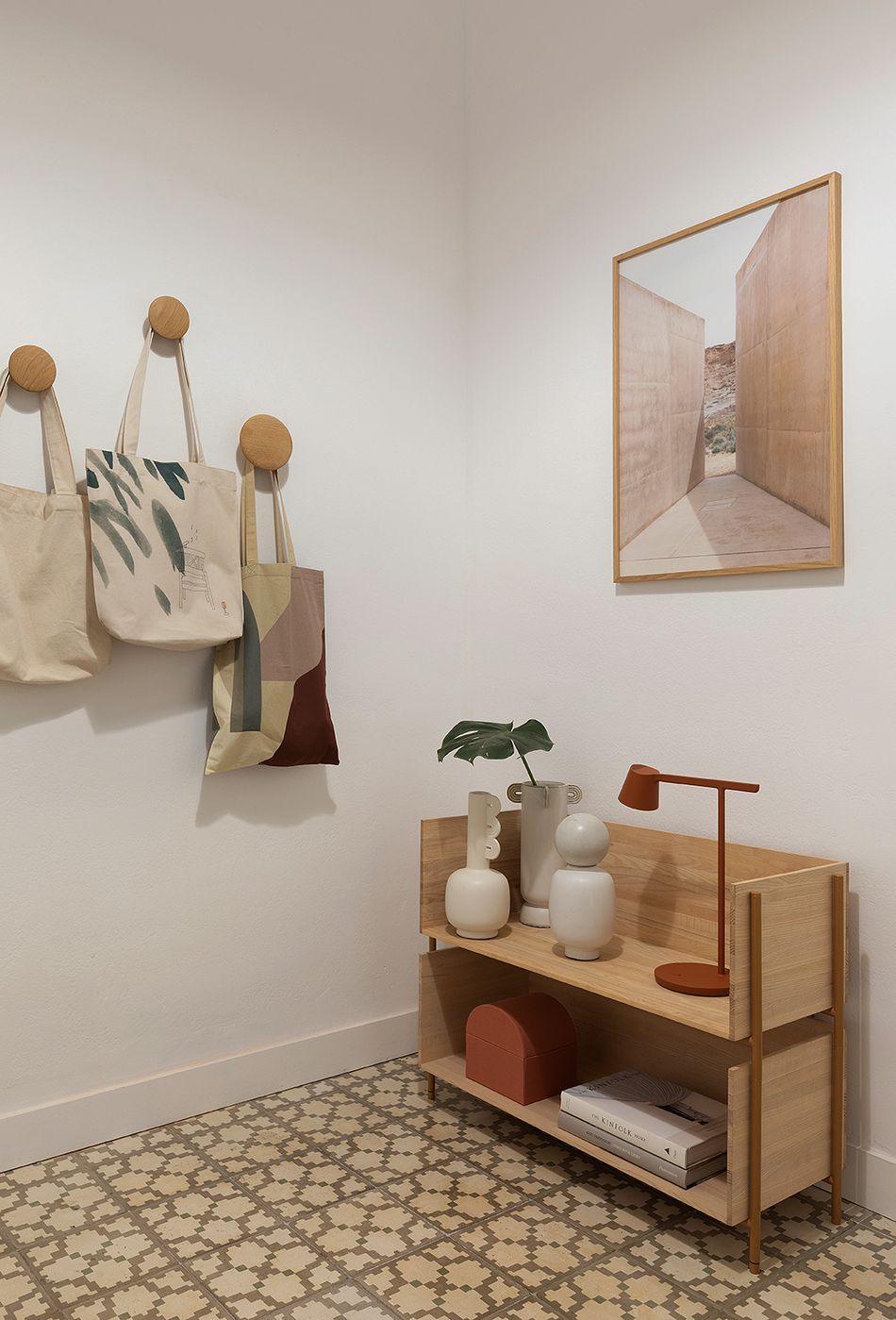