After visiting the first two important fairs of the year, IMM Cologne and Stockholm Furniture Fair, we can now have a general vision of the materials, colours and atmospheres that the brands are proposing for this year.

The palette of earthy colours in different degrees of intensity, which have already come from Autumn 2.019, are focused in beige shades and with some changes in intensity as can be seen in the very defined proposals of the Danish companies Ferm Living or New Works. All with suggestive textures and combinations of materials. Pale and sober roses gain space, together with light green tones and other slightly darker ones, which accompany very well the presence of plants that came to stay in public and private environments.

The influence of Pantone and its colour of the year is perceived with some dark blues but to a lesser extent, perhaps as substitutes for black in some cases rather than as a widely used colour. Black is still a recurrent choice to give contrast to softer colours, especially with metals and Bauhaus-inspired shapes.

More than ever, metals such as aluminium are increasingly present on these pallets, while others are more sober, such as dark brass or chrome black, which give contrast to the woods that have also darkened to natural and smoked walnut and oak.

As far as textiles are concerned, two typologies are clearly visible. On the one hand, bouclé type fabrics, with marked grain and soft touch, both in plain colours and in small weft prints. On the other hand, thick fabrics reminiscent of sheep's wool, all very suggestive

Marbles are still very much in use, especially on tables of all kinds. Now the range has been extended to more sophisticated marbles with earthy and brown tones, without ceasing to propose the Nero Marquina and with a powerful return of the Travertine. 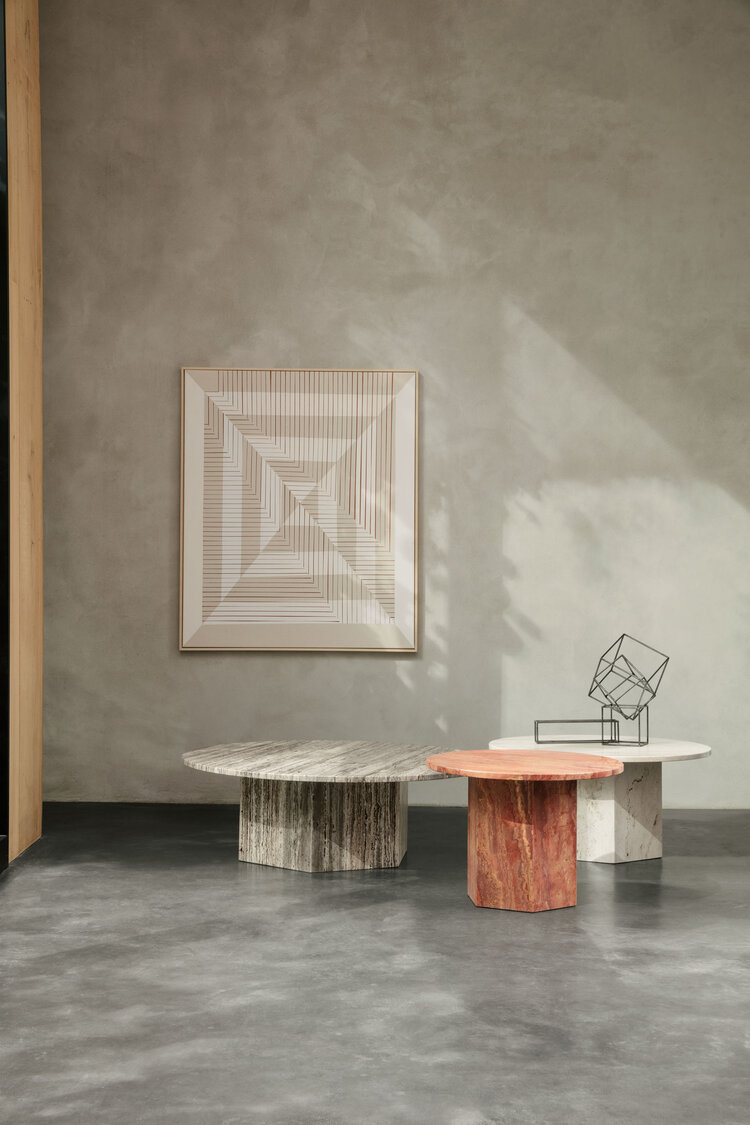 Like any trend, some proposals are the evolution of the previous season, others are more dubious and some will last over time. We will see this in the next meetings in Milan and Copenhagen and in the seasons to come.